The 6th annual Anglo-Omani Society delegation of the Anglo-Omani Society was held at the Intercontinental hotel in Muscat from 12th to 15th January 2018. 26 promising youth from the Sultanate and UK attended the delegation, whose topic was “Energy and Technology: an efficient future”. By holding such gatherings, The Anglo-Omani Society aims at strengthening the deep historical relationship between Oman and the UK and creating a solid platform for cultural and expertise exchange in all fields.

Sayyid Badr bin Hamed Al Busaidi, Secretary General of the Ministry of Foreign Affairs, delivered a speech on his behalf by Ambassador Mohammed Awadh Al Hassan, Acting Under-Secretary of Diplomatic Affairs. In the speech, he expressed his gratitude to the exceptional relations between Oman and the UK, which go back to more than two centuries, and emphasised interlinking the foreign policy with sustainable energy.

Salim bin Nasser Al Aufi, Under-Secretary of oil and gas also gave a speech at the event titled “ Energy Efficiency and its Future Role in Oman”, followed by Hamish Cowell, UK’s ambassador to Oman, who spoke about the exemplary relationship between the two nations, and praised the rapid growth it witnesses in all fields.

The event, sponsored by BP Oman, included a number of lectures and discussions on various topics such as the Economic Potential of Renewables in Oman, the outlook of the energy industry, and was presented by a wide range of leaders and decision makers from a number of reputed technology and energy institutions in the Sultanate and Britain.

Shaikh Ma’an bin Hamad Al Rawahi, Chairman of the New Generation Group in Oman expressed his happiness with holding the event in Oman saying: “We are pleased to host this event in the Sultanate, and we are always looking forward through these meetings and forums to create opportunities for exchanging ideas and knowledge, and creating bridges of youth relations in the two countries. Since 2013, the Anglo-Omani Society was keen to hold a series of events, seminars and cultural events in different locations in Oman to achieve those aspirations and goals”.

Chairman of the New Generation Group in the UK, Oliver Blake, said: “The goal of the Society requires first and foremost the sustainability of the historical friendship between the two countries and transferring this friendship to future generations. These yearly meetings are an excellent opportunity to develop our relationship, exchange ideas and explore new fields of cooperation. I should thank BP Oman, our main sponsor of the event for their continuous support to such initiatives”. 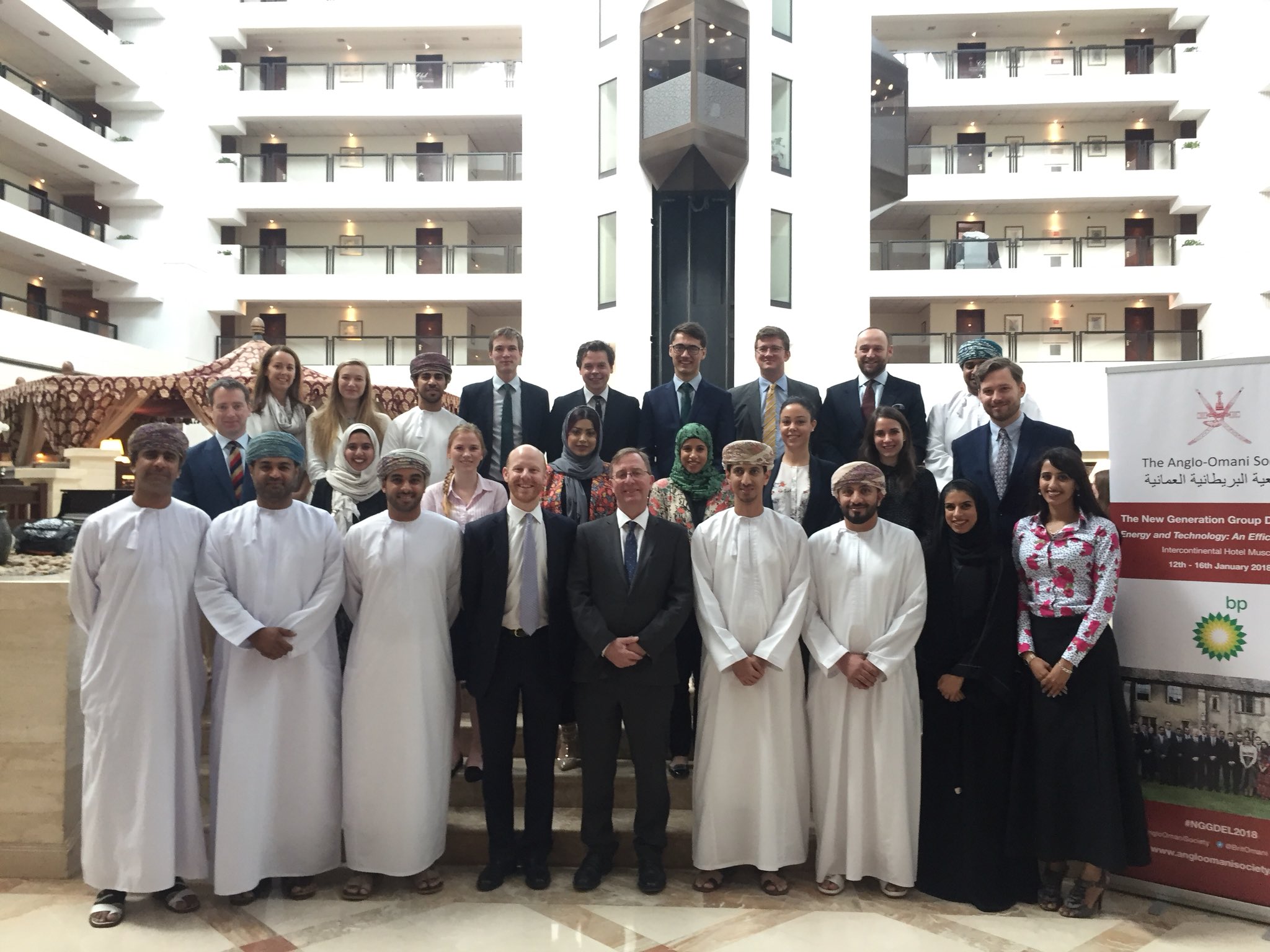