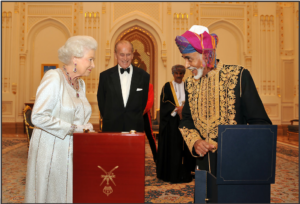 The Queen and His Majesty

The Omani British Friendship Association was formed in 1991 to demonstrate the longstanding close relationship between the Sultanate of Oman and United Kingdom and to promote bilateral trade, partnerships and investment between the two countries. It has two Patrons; HH Sayyid Haitham bin Tarik Al Said and HRH the Duke of York, both of whom assumed their roles in 2003.

The Association has two co-chairmen, one from each country, and two secretaries, also one from each country. Formal membership, in Oman, is limited by the constitution to Omani businesspersons. On the British side, a more informal arrangement exists so that members are drawn from the ranks of any British Company involved in Oman, or who are keen to explore opportunities in the Sultanate.

The objects for which the Association has been established are primarily to foster the commercial and industrial relations between the business communities of Britain and Oman and to develop and improve the relationship between the two countries in the field of education, culture, tourism, and sports.

In furtherance of its objects the Association may, where appropriate, arrange, organise and conduct meetings, seminars, lectures, debates, exhibitions, musical and cultural shows to promote amity, goodwill and between understanding between the two countries.

OBFA’s particular strength is the senior level of its members and their ability to inform key decision-makers on issues of common interest which can help facilitate trade and investment between Oman and Britain. 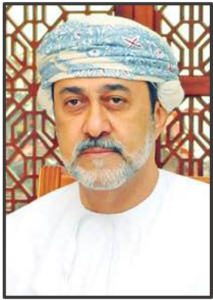 It is with great pleasure that I accept the role of Patron of the Oman-British Friendship Association, an association that has exerted tremendous effort during the past two decades to promote and encourage trade between the private sectors of our two countries.
We greatly value the depth of the commercial contacts between Britain and Oman, and look up to the Omani members of the Association to maintain this link and make them a showpiece of the very special relationship that exists between us.
I wish the Omani British Friendship Association every success in its endeavours.

I am delighted to be the British Patron of the Omani-British Friendship Association. There are two distinct aspects to this pleasure. The first is in my capacity as the UK’s Special Representative for International Trade and Investment, thereby allowing me to further develop trading links and investment between Oman and the UK. The second is because it also allows each of our people to become better acquainted, build personal relationships and bonds of trust.
These biannual round table discussions offer an ideal forum in which to identify and take forward ideas to develop new business opportunities and get know each other. I wish you every success in your endeavours.